While you can catch most Pokémon in the wild, Mewtwo, the most powerful one is slightly difficult to go about with. Earlier, Mewtwo was a regular fixture as an ex-raid legendary but now it is replaced by the Deoxys. You cannot catch Mewtwo via raids anymore.

So how do you catch Mewtwo in Pokémon GO?

How to Get Mewtwo in Pokémon GO?

Mewtwo is the evolved version of Mew, which is Psychic-type Pokemon. Mew, Mewtwo, and Armored Mewtwo ghost pokémonare two of the strongest and mightiest in the world of Pokémon.

The scientists spent years conducting experiments with DNA from Mew, who is the ancestor of all Pokémons.

Due to this ancestry, Mewtwo has great movesets and terrific stats with devastating type moves, making it the most powerful. Mewtwo has a Max CP of 4178, and its base stats are 300 charged attack points,182 defense points and, 214 stamina points. 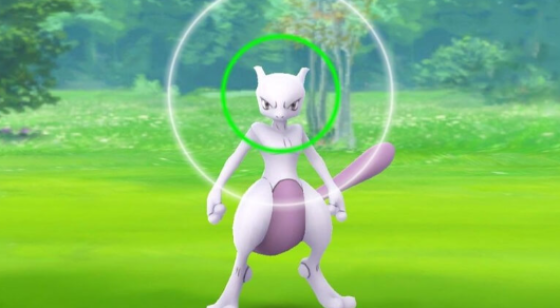 When catching a legendary Pokémon, or be it any Pokémon like Pikachu or Bulbasaur, you need to engage yourself in a battle with them. If you win, you get to throw your Pokeball to get it. To get yourself a Mewtwo in pokemon, you need to fight him in EX Raid Battles.

Catching a Mewtwo is a pretty long procedure. First, you have to take part in a raid battle in Pokemon Gyms. You have to make sure that you keep winning, give your best shot and defeat the Boss of the Gyms.

Raid battles take place at the Pokemon Gyms, and you need to defeat the Raid Boss to earn the Ex-Raid Pass. When you receive your pass, you will find it in your bag with all the necessary details about the Ex-raid.

After completing the Ex-Raid Battle, you will have to complete a questline having a set of nine tasks in which you will have to explore, train, catch, evolve some of your Pokémons, and receive great rewards.

What is an EX-Raid Battle?

Ex raid battles are very similar to everyday raid battles; the only difference is a special pass called EX Raid Pass. You have to earn these by defeating a Raid Boss at the Pokémon gym. When you successfully make one, you will have it in your bag with all the necessary details, such as the gym name and time for the battle.

How to Increase Your Chance of Getting an EX-Raid Pass?

Or you can use the Nine-part Tour Kanto Event Research, which is of the best Pokémon GO events. This event is a long adventure, but it is worth it.

You will encounter Onix, one rare candy, and 2 Golden Razz Berries in reward.

After completing this tier, you will have a Starmie encounter, 1 Rare Candy, and 2 Silver Pinap Berries.

After completing this step, you will encounter Raichu (evolved version of Pikachu), 1 Rare Candy, and 2 Golden Razz Berries.

When you complete this step successfully, you will have a Tangela encounter, Rare Candy, and 2 Silver Pinap Berries.

When you complete the tier, you will encounter Weezing, 1 Rare Candy, and 2 Golden Razz Berries.

If you complete this quest, you get to have an encounter with Alakazam, 1 Rare Candy, and 2 Silver Pinap Berries.

Complete this tier, and get a chance to battle with Arcanine. Also, you get 1 Rare Candy and 2 Golden Razz Berries.

Once you complete this tier, you will encounter Nidoking and 1 Rare Candy with 2 Silver Pinap Berries.

Once you quest stage 9, you receive 10 Rare Candies, Mewtwo encounters, and 9,000 Experience points.

It is tough to win against Mewtwo due to a vast moveset, but there is always a way to defeat the mightiest. Defeating Mewtwo is not easy, mate, as Mewtwo is a Psychic-type, it takes up 2x damage from Bug, Ghost, and Dark-type Pokémon.

If you get a tag in these types of pokemon, Mewtwo will have difficulty dealing with it. Some of the best counters can be Mega Houndoom, Forme Giratina, Chandelure, Darkrai.

Also, Mewtwo can be an excellent counter to itself.

Pieces of Advice to Catch a Mewtwo or Any Legendary Pokémon:

When you battle or raid against Legendary and Mythical Pokemon, you earn premium balls. Please do not use it anywhere, and these premium pokeballs come in handy in a Pokemon GO Mewtwo raid.

It is always better to battle in groups, and you fight alongside your friends to earn extra premium balls. All the Pinap Berries and Razz Berries do play an essential role while trying to catch legendary pokemon. Get a good stock of Razz Berries and Pinap Berries before you engage in a battle with the Raid Bosses. 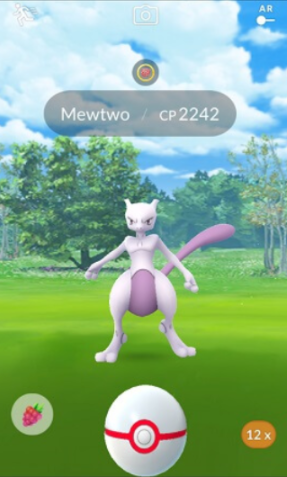 The target ring also matters. When the target is smaller, your chance of success will gradually increase as you land Excellent throws and Curveballs. If you hesitate or doubt your throws, try for Nice or Great throws instead of risking them.

Please do not waste your Premium Balls by throwing them while your target is moving around. Hold up until its target ring disappear. Maintain your time of the throw.

It is very tricky to catch a Mewtwo, so keep some good stock of Max Potions, Revives, and Berries.