Pokémon Go is one of the top and leading mobile games, with millions of active users worldwide. This game is entirely AR-driven and allows you to see Pokémon revolving around you, your city, and you can have encountered, and you can attempt to catch them as you play.

After the update in May 2019, some new 4th gen Pokémon’s were introduced to trainers and new evolutions that trainers could not evolve.

This update includes the Magnezone, the evolved state of Magneton (Gen 1) belonging from the Sinnoh Region. And, unlike any other Pokémon from the Sinnoh region, it cannot be developed using a Sinnoh Stone.

Having a gen one magneton cannot be evolved using the Sinnoh stone. After the update launched in 2019, the game introduced modules known as the Lure Module. Readily available in the shop at a value of 200 coins. You need to activate these lure modules at your nearest Pokestop.

There are three ways to get Magnezone, one is the lure module, the second is evolving Magnezone, and the third is farming.

While it is activated, you need to stay in the spinning range of the lure.

And do keep 100 Magnemite candies with you, which is sufficient to make an evolution process complete.

The farming process can help you, in which you have to keep catching Maghnemites and get three candies as you catch one. And, eventually, you will have a sufficient amount of sweets required to make the evolution complete.

This article will explore you through the stats and characteristics of Magnezone followed by the evolution methods that can help you evolve Magneton to Magnezone.

Magnezone evolves from Magneton, which belongs to the unique magnetic field of Pokémon’s. It can generate electromagnetic energy from its three horseshoe magnets.

Magnezone is rarely seen in the woods, as shown in the mainstream anime.

The Magnezone appears like a UFO with two spherical-shaped objects bulging out from both sides with screws coming out from the spheres.

It has three horseshoe magnets mounted on its body and a yellow antenna attached to its head.

It has a red circle that performs a similar task to a third eye.

Magnezone can magnify Magnetic pull, Sturdy and Analytic these three abilities are shared among its pre-evolved forms. The Magnetic pull can prevent any steel-type Pokémon from trying to escape or switching out from the battle. 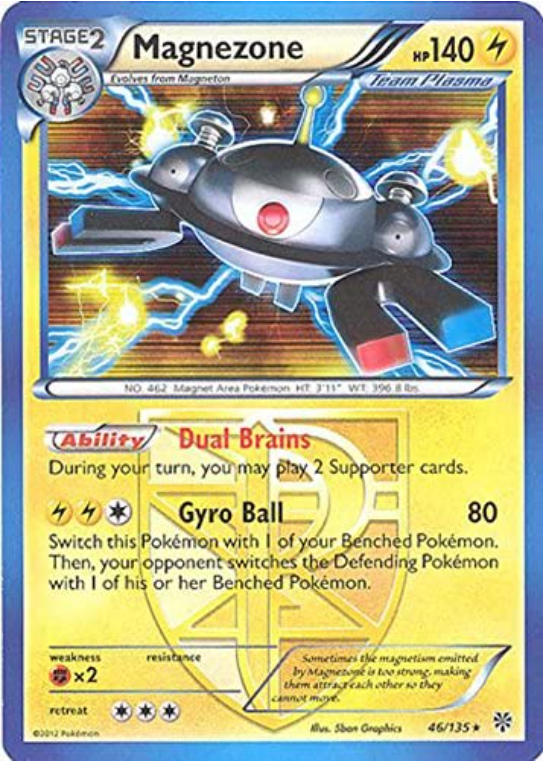 Magnezone’s anti-gravity is solid enough to convey humans with ease.

The Sturdy move allows the Magnezone to survive any high damaging attack when its Hitpoint level is complete.

The Analytical ability provides a surge of a boost to Magnezone’s damaging attacks if it gets slower than its opponent.

Magnezone tends to be very aggressive and territorial. However, it will hardly attack unless provoked. When it flies through the night sky, it is often mistaken for a UFO sighting, though it looks to be receiving and sending signals from an unidentified source and an unknown purpose.

As a result, people think Magnezone belongs to outer space.

The Magnezone has a movement speed of 60.

Pokémon Go has introduced something new called the lure module, capable of attracting particular Pokémon’s at a pokestop for 30 minutes when activated.

There are three types of modules:

The Mossy Lure works for only grass-type Pokémon’s. When activated, it attracts grass-type P for 30 minutes.

Same with the Glacial Lure, it is specialized in attracting water and ice-type Pokémon for 30 minutes when activated.

Similarly, with the Magnetic Lure, it has mastery over attracting steel and magnetic type Pokémon’s for 30 minutes when activated at a pokestop.

These lure modules work efficiently, and if you are lucky enough, you may have an encounter with an Exotic Pokémon.

Now that you have a magnetic module with you, let’s start with the process. To make it easy for you, we have broken down the procedure into simple steps: 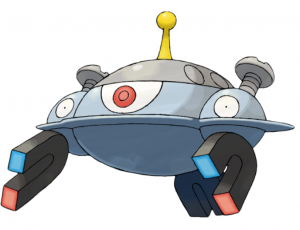 Step 1: Activate the magnetic lure module at your nearest pokestop. Stay in range.

Step 2: After activation, the lure module will attract electric, steel, and Pokémon for 30 minutes. Do not leave the location. If you have your luck, you may get a chance to have an encounter with an exotic Pokémon.

Step 3: Next, go to your inventory or Pokedex select a Magneton you want to evolve into Magnezone.

And, that’s about it.

Do keep sufficient Magnemite candies to complete the evolutionary procedures.

You will need 100 Magnemite candies to complete the procedure.

If you wish not to spend your coins, you can easily farm Magnemites and collect candies for each one you catch. With time you will have sufficient Magnemite candies to evolve into Magnezone.

Following the mainstream of the anime, the Magnezone is rarely found in the woods. After the massive update, many players came up with the idea of keeping a Magnezone with them. To have a Magnezone, you need to evolve it.

Magnezone evolves Magnemite. To make it possible, the company introduced a set of lure modules. Using the lure module is easy. You need to purchase it from the shop, and it cost 200 coins for each module. After purchasing, you need to activate the Magnetic module at your nearest pokestop, go to Pokedex, select Magnemite, and hit the evolve button.

Now, if you wish to preserve your coins, you can farm Magnemites, and you get three candies per catch. With time, you will have 100 candies required for Magnemite evolving into Magnezon.

It is a sure-fire way, and it is super easy. Get your Magnezone too! Good luck!