In Pokemon Go, the evolution of Eevee is one of the most striking happenings. However, it is pretty random.

Here, Eevee goes through the evolutions into different avatars. To attain this transition, you have to press “evolve,” which will enable you to change Eevee into anyone of the three original avatars of it. In the case of the other evolutions, you have to follow certain shortcuts. 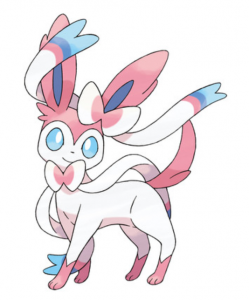 Now from the sixth generation, Sylveon has joined the game. This fairy-type Pokémon is the eighth variation and has its unique attributes. In this game, you have to be aware of the unique qualities (strengths and weaknesses) of each form of Eevee. Undoubtedly, Eevee is one of the most popular Pokémons because of its ability to evolve into different forms.

In this article, I will discuss the details of Sylveon and how to get it in Pokémon Go.

This slender quadruped mammalian Pokémon has white fur with a tint of pink on its head. It looks adorable with its cat-like muzzle and rabbit-like long ears, and a small black nose. There are two bow features as well. It has one bow around its neck while the other is on the right ear.

It looks cute with its tiny paws with three toes, and blue eyes. Sylveon also has a small curved tail. There is also a shiny variation with blue and red fur and reddish-pink eyes.

Sylveon is perfect for raids and PvP battles because of its unique powers. Sylveon can release enmity-erasing waves. This move enables you to control other creatures in the game. 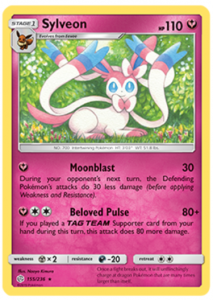 This adorable Pokémon has extraordinary fighting skills and has expertise in the moves like Double-Edge, Growl, Bite, Copycat, etc. Unlike other Eevee Evolutions, it can even battle against the huge dragon Pokémon. It uses ribbon-like feelers to charge and fight against others.

It can also master the moves like Double-Click, Curse, and Mud-Slap. To learn special moves, you must be in Level 8and then your Sylveon will learn special moves through “Yawn.”Another special move is the HyperVoice that helps in preying. Moreover, it entices other Pokémons that fall for its charm.

Steel and poison make it vulnerable. Despite its weaknesses, it is pretty powerful and significant in helping you win battles.

Its defense and attack scores make it a good option for raids. The statistics are as follows:

This form appears from the sixth generation, and it evolves through high friendship with a Fairy-type move. After gaining at least two Affection hearts in Pokémon-Amie or Pokémon Refresh, your Eevee will change into a Sylveon.

It is of a kind and gentle demeanor and uses its charm for hunting in the wild. It uses its aura of peace and tranquility to make those near it lose their fighting spirit. This helps Sylveon to strike first unexpectedly. It behaves gracefully, but when irritated, it becomes fierce in its attack.

It is spotted mainly in the urban areas and rarely in the wild. It depends on humans as it evolves through friendships.

According to Pokédex entries, Sylveon is carnivorous.

Ways to Evolve Your Eevee to Sylveon:

Your Eevee can evolve up to the four generations and take the avatars of Leafeon, Glaceon, Umbreon, Espeon, Flareon, Jolteon, and Vaporeon.

Sylveon being the sixth generation six Pokémon is beyond limits, and you will be able to evolve into it only after its release in Pokémon Go by Niantic.

However, it is being speculated that the process to catch it will be the same as other Pokémon games, and probably you will need candies to evolve into Sylveon. 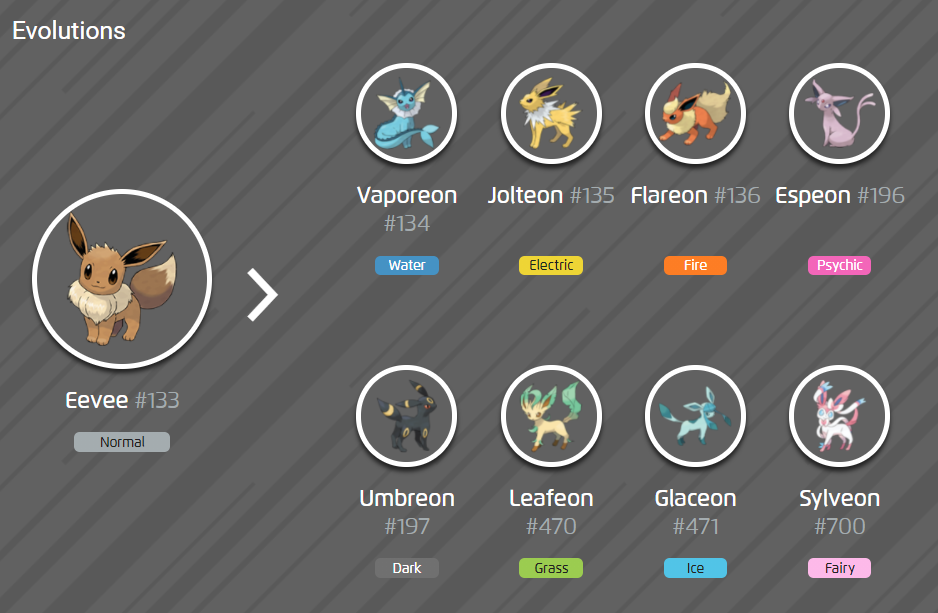 In the main Pokémon games, the evolution of Sylveon depends on the factors like Affection and Friendship statistics. It is expected that Eevee Evolution will be related to it serving as your Pokemon Buddy for the recently-expanded Pokemon Buddy Adventure feature.

How To Catch A Sylveon In Pokémon Go?

Much has not been revealed about the process of catching Sylveon. This new addition in the game with the sixth generation Pokémon is yet to be explored. In March 2021, its arrival was hinted at in one of the game’s loading screens.

In 2021, it will be updated. It is being speculated that catching Sylveon players probably would have to equip an Eevee as a buddy and move with it for some distance. You will also require a certain amount of candies.

This new addition to the Eeveelution family appears in the code for the game. After it releases, the trainers will formulate the tricks for evolving into it. As is evident in other evolutions, here, too, a specific name will probably be given to Eevee that will guarantee a one-time evolution.

Some trainers had accidentally found the name Sylveon and tried to evolve into it, but they received the “Network Error” message as it is still not officially part of Pokémon Go. The trainers are speculating that a Shiny version of Sylveon will be released in Raids.

How to catch Sylveon in In Pokémon Sun and Moon?

In the sixth generation, Sylveon, the Fairy type was introduced. The first step to get it is to catch an Eevee. It can be located on Route 4 or Route 6. Sylveon has a 5% encounter rate and 45 catch rate.

The steps for catching Sylveon are :

Gamers expect the process of catching Sylveon might be similar with certain unique additions.

The tricks that guarantee the evolution of Eevee are:

By renaming your Eevee, you can transform it into the seven avatars. However, this only works for one time each for the seven evolutions. The factors like walking with Eevee as your buddy and the time of the day are not significant in this case.

The following names guarantee the transition to the newly evolved form:

For the evolution of Vaporeon, Jolteon, Flareon, the naming trick leads to a random chance of getting any of these three. The Pokémon should not be your buddy while evolving.

Probably the name trick for Sylveon will be Kira. You will be able to evolve Eevee into Sylveon with a name trick and the name Kira. On changing the name of Eevee to Kira, you will observe the silhouette of Sylveon Pokémon Go Release.

After that, by clicking on it, you will be able to evolve into Sylveon. After the official announcement, these details would become more certain, and it would clear all doubts of the gamers.

Buddy Method For Espeon And Umbreon

This is applicable for the second generation ones Espeon and Umbreon. It is compulsory to have walked at least 10km with the Pokémon as your buddy and collected two candies for evolving into these.

The Pokémon must be your buddy when you evolve it. Here the factor of day or night determines the evolution into either of these two.

Lure Method For Leafeon And Glaceon

With its multiple avatars, Eevee is undoubtedly the favorite Pokémon for all Pokémon Go lovers. The introduction of the adorable Sylveon would amplify its significance, and thus all the evolutions of Eevee will be available for the gamers.

However, there is still to be any official announcement about the launch of Sylveon by Niantic. The super-pumped gamers expect it to be released in 2021 to level up their games.