Eevee is the first of the stage of seven evolutions. Eevees evolution looks very random in Pokémon GO. To evolve your Eevee, you have to press “evolve,” and you will likely get one of the three original evolutions.

Despite average graded statistics, Eevee is one of the most desired Pokémons. This is the only Pokémon with the most evolutions and alters its attributes from ordinary to varied. It is a scarce creature both in the anime and the game and often seen as a beginner Pokémon. 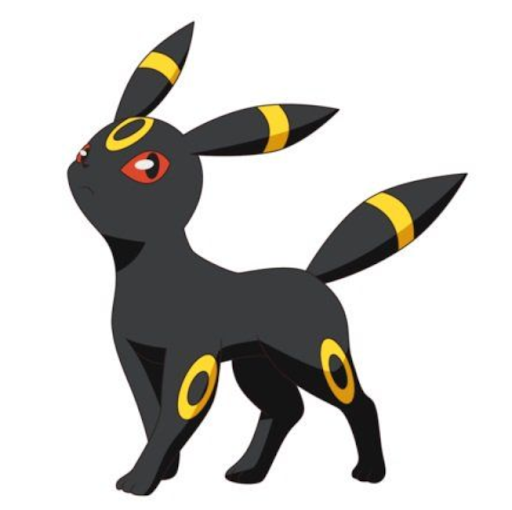 This article will help you explore things you need to know about Umbreon and how to get Umbreon in Pokémon GO.

Umbreon is one the most coveted Pokémon in Pokémon GO and it is one of the most powerful psychic type Pokémon in the world of Pokémon. Umbreon is an upgraded form of Eevee.

Like Espeon, Umbreon cannot be found in the wild due to the storyline of the anime.

It evolves from Eevee and there are two tricks to get it. We suggest not to depend on candies because it evolves your Eevee into any of the original evolutions which reduce the chance of getting your desired Umbreon.

The naming trick and the buddy trick are the two tricks to help you to evolve your Eevee into Umbreon. We have discussed these procedures in detail in this article.

Read on to know more about these and get your desired Umbreon.

Umbreon is the evolved stage of your cute Eevee and is the only pure Dark-type rare Pokemon in 2nd generation. It is the only Non-Psychic type of Pokémon that has the synchronizing ability.

Umbreon is a four-legged mammal Pokémon that resembles the physiology of a black cat or a black rabbit.

Umbreon’s height is around 1 meter, and it weighs 59.5 lbs or 27 kilograms. It has a sleek black furry body with glowing yellow rings which circle its ears and tails. It also has some patterns on its head and legs, illuminating when the Umbreon is exposed to moonlight. Umbreon’s physical characteristics resemble a feline. It has red eyes and black colored oval-shaped.

This feline has a bushy tail with yellow circles on its thickest part. It has very sharp fangs, and it can be seen when it opens its mouth.

Umbreon’s behavior is just as unique like it looks. It has incredible instincts, and it tends to stalk its prey silently during dark hours.

Umbreon has extraordinary senses; say, it will wait until its enemy comes into the range for the Umbreon to attack when it senses an enemy.

Umbreon has a Hitpoint of 95, has an attacking power of 65 with a defending capacity of 110. Umbreon’s extraordinary attacking power is 60, and the particular defending emphasis is 130. Umbreon is pretty fast, and it has a movement speed of 65.

Ways to Evolve Your Eevee to Umbreon:

There are possibly two evolution methods for transforming your Eevee into an Umbreon. As you have to evolve your Togepi to get Togetic, similarly, you have to develop your Eevee to get Umbreon.

Now, to make it easy, let me share the two tricks that can provide you with immense help.

You can use the Naming trick or the Buddy trick.

This trick is all about assigning names to your Pokemon in the game, as shown in the 183rd episode, the Troubles Brewing. These names are taken from the original anime and help in evolving your Eevee to Umbreon. In this episode, we find a trainer named Tamao who used an Umbreon.

To evolve Eevee into Umbreon in Pokemon GO, you need to open your Pokémon and rename your Eevee to Tamao.

Make note that your device does not add up an extra space after the name because that will wreck the process of evolution.

Not only for Umbreon, but you can also use this “naming” trick to evolve your Eevee to any form.

These are to be used only once. You have to use a particular name for that specific form.

Do you know how did the Eevees get their names? If you are an ardent follower of the anime series, you know that these Pokémon got their names after their trainers.

Rainer, Tamao, Sakura, Sparky, and Pyro are the Eevee siblings you see in the anime. They are the owners of 3rd generation evolutionary Eevee Pokémon. Each brother has their own unique Eevee.

Later in the series, Sakura gets to have her Espeon, and Tamao uses her own Umbreon.

Glaceon (Rea) and Leafeon (Linnea) get their names from NPCs that use eeveelution in Eevium Z Quest of Pokémon.

After using the naming trick, you get stuck with random evolutions with the original Eeveelutions, i.e., Jolteon, Vaporeon, and Flareon.

This trick can be used only once, and if you wish to get more Umbreons or Espeon, you need to catch more Eevees and follow the following method.

In the original games like Pokémon Silver and Pokémon Gold has is a requirement of friendship that needs to be raised before you evolve your Eevee. Also, if you evolve it at night, it will transform into Umbreon, and if you develop it during the day, it will evolve into Espeon.

In Pokémon GO, the buddy Pokémon trick is precisely the same, and the only difference is that you will have a journey of 10 km with your buddy as a Trainer. If you complete the walk at night, your Eevee will turn to an Umbreon, and similarly, walking in time of day will transform your Eevee into an Espeon.

You can also use this module to attract other versions of Eevee, and to do this, you would require some Glacial lures and Mossy lures. 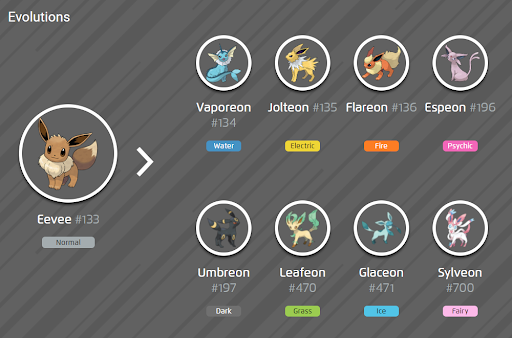 If you are willing to use an Eevee evolution for “player vs. Player” or one on one raids, the best evolution is Glaceon, and the next is Umbreon.

It depends on how well you understand your Pokémon’s behavior and abilities and how efficiently you use all its traits against your opponent.

In conclusion, you can use this name trick to transform your Eevee into the Pokémon you want and save the Eevee candy. If you plan to wish candies instead, that will only evolve your Eevee into one of the forms available at random.

Both of the mentioned ways are very useful for any trainer who wishes to evolve Eevee. Although the nickname method is suitable, it has only one major drawback that you can use only once.

On the other hand, you can use the buddy trick as many times as you want, and you can have a good collection of Eevee, but it takes a lot of time. You see, walking around 10 km with your buddy is not an easy thing to do.

Umbreon celebrates itself as the best Dark-type Pokémon.

Umbreon is one of the most desired Pokémon in the game and, here is how you can have your Eevee evolved to Umbreon.